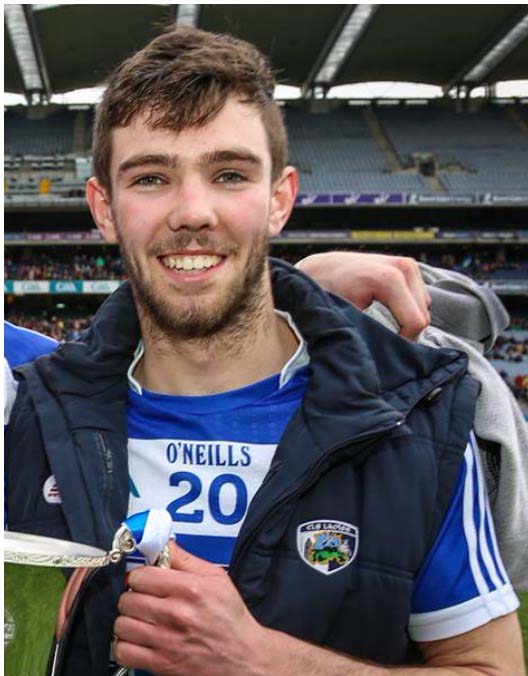 A ROW after a football match led to a serious attack on Laois county star Daniel O’Reilly.  He suffered three bleeds on the brain and took months to recover, Carlow Circuit Court was told. Two men from have been jailed for the attack which happened at the Potato Market in Carlow town.

The court heard that they had ‘high-fived’ each other as Mr O’Reilly lay unconscious.

congratulating each other, with high fives

“It is visible on CCTV that when the accused left the scene they began congratulating each other, with high fives and shaking hands,” said Judge Alice Doyle.

The court heard that the incident followed a match in which Laois beat Carlow. Some Laois football supporters recognised Mr O’Reilly in a takeaway at the Potato Market and began chanting “Laois, Laois, Laois”. The court heard Thompson “took offence” and an altercation occurred.

CCTV footage presented to the court showed O’Reilly leaving the takeaway with his girlfriend and a number of friends. Thompson and Keating followed them and approached O’Reilly from behind. Thompson struck him on the head, then kicked him as he lay on the ground.

He was still nervous while out socialising or by himself and his “guard was always up”.

In a statement Mr O’Reilly’s girlfriend, Jade Geoghegan, said Daniel got back on his feet but he was then struck by Brendan Keating and knocked unconcious.

Judge Doyle said Mr O’Reilly was an inter-county footballer whose dream was always to play in a Leinster Final. Laois got to the Leinster Final against Dublin in Croke Park in 2018, but Daniel couldn’t play as he had not fully recovered.

The court heard the attack had a “huge effect” on him. He was in terrible pain, “the likes of which he had never felt before”.

When discharged from hospital, Mr O’Reilly was unable to sleep because of his repeated nightmares about the attack and, due to his injuries, could not return to work. He was still nervous while out socialising or by himself and his “guard was always up”.