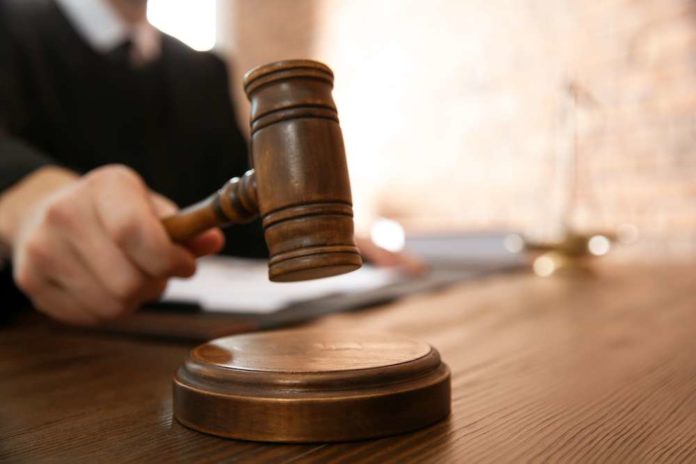 A WOMAN whose mother was left wheelchair bound after a brutal rape said she hoped the attacker will “never see the light of day again”.

Melissa Gates was speaking after Anthony Cassidy (34) lost an appeal against the severity of his 18-year sentence.

Laura Gates, 54, a lollipop lady from Co Carlow, was left for dead when Cassidy attacked her in 2017. The mother of two was found 12 hours later after he dumped her unconscious body on the outskirts of the town.

Her daughter Melissa told the Irish Mirror that father-of-one Cassidy showed no remorse as the judge in the Court of Appeal dismissed his case.

She said: “Mammy is delighted with the outcome. She said she wasn’t allowed to appeal what happened to her and now he can’t either. The fact that he tried to appeal his sentence, it just goes to show that he doesn’t think he deserves the 18 years.

“I hope this gives him all the time to sit in his cell and think about how he destroyed our family. He’s a coward in every way. I hope he never sees the light of day again. He has 18 years now to think about that,” she said.

“He didn’t make eye contact with us, he just sat and looked at the judge. Hopefully this is some closure for us and this is over for us that he can’t try to get out anymore.”

Following the attack, Laura spent time in intensive care and suffered bleeds on the brain which has left her speech severely slurred.

CCTV footage tracked Cassidy’s movements to and from where he dumped Ms Gates. There was no footage of the incident but imagery showed a male dragging a person to the location where the victim was discovered 12 hours later.

Cassidy pleaded guilty in 2018 at the Central Criminal Court to rape and assault causing serious harm. He had 34 previous convictions, including one for soliciting sex in the UK and two for assaults in this country.

events  “so horrific”, he would refrain from describing them

Upholding his sentence, Mr Justice Michael Peart said the events were “so horrific”, he would refrain from describing them in detail.

Counsel for the DPP Vincent Heneghan told the court Cassidy had initially denied the offence and his “attitude only changed when he was confronted with DNA evidence”.

He said one could not get away from the “sheer savagery of the attack”, which lasted approximately 30 minutes.

Code to better your care from your chemist