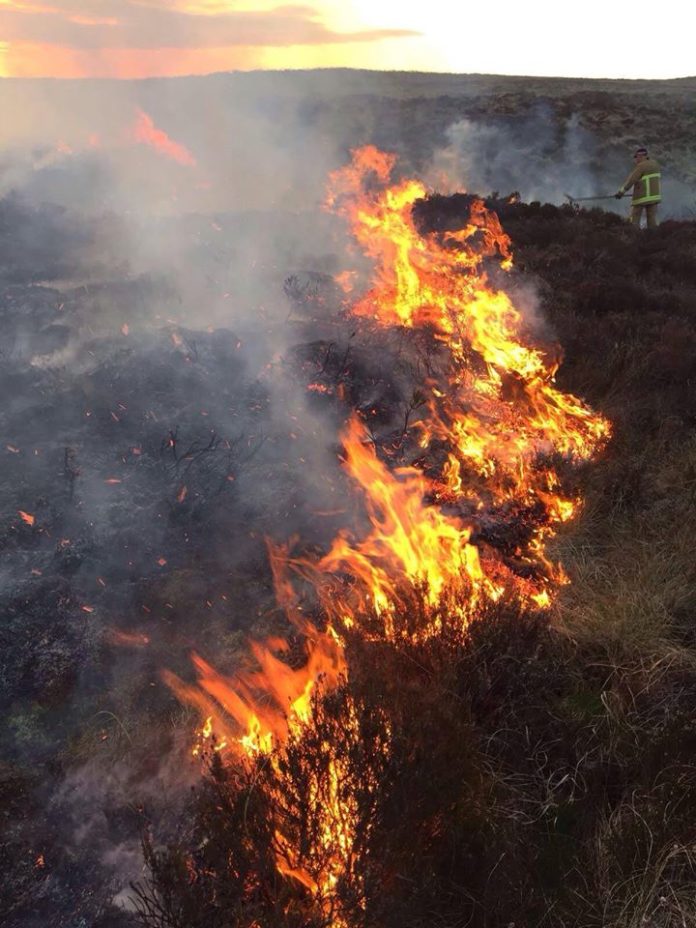 CARLOW Fire Services will carry out training exercises in the Blackstairs Mountains to reduce the number of attendances and uncontrolled wildfires.

The personnel will carry out training and a series of ‘burning exercises’ on the mountains in early spring of next year as part of land use management in association with the Blackstairs Mountain Group and local farmers.

The monthly report by the chief executive of Carlow County Council, Kathleen Holohan, said that the initiative would “hopefully reduce the number of attendances and uncontrolled wildfires that occur on the Blackstairs Mountains during springtime”.

The should result in a “financial saving to the local authority as well as the obvious savings to the environment and natural habitats”, she told the meeting.

Blackstairs Mountain is on the main ridgeline separating Carlow from Wexford dominated by the peak of Mount Leinster to the north.