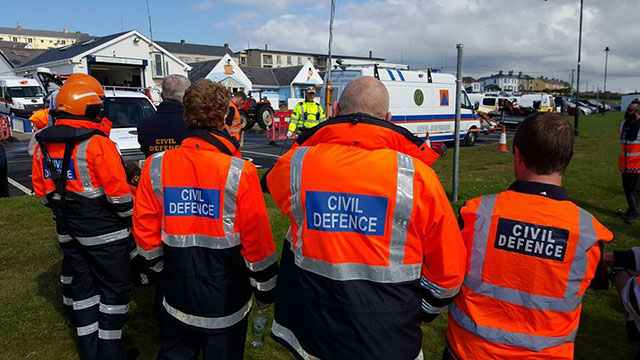 BRANCHES of the Civil Defence in Carlow and elsewhere are unable to fulfil their role or provide service due to a lack of resources, according to Social Democrats TD Catherine Murphy, who asked if Taoiseach Leo Varadkar and Minister for Defence Paul Kehoe were aware of the situtation.

In a written response, Minister Kehoe, said: “Civil Defence training and operations are funded by a combination of annual operational grants from my department and a contribution from the relevant local authority on a 70/30 basis.

“It is at the discretion of the Local Authority to provide additional funding over and above the required 30%. The 70% rate is set down in Section 35 of the Air Raid Precautions Act, 1939.”

The Minister published figures on amount provided in annual operational grants to each local authority in 2017 and 2018. They revealed that in 2017, Carlow’s Civil Defence operations received €44,845 from central Government in annual operations grants which was the lowest amount received by any county across the country. In 2018, that figure had reduced to €42,392 which was again the lowest grant nationwide.

“The grant is calculated based on a standard formula. Additional grants, subject to budgetary resource, may also be provided to a local authority, on consideration of an application or request, towards the purchase of vehicles and/or equipment for use by Civil Defence personnel.

I am not aware of any instance where Civil Defence units were unable to fulfil their role or provide services due to a lack of financial resources.

“My officials are in regular contact with Civil Defence and Assistant Civil Defence Officers within Local Authorities. I am not aware of any instance where Civil Defence units were unable to fulfil their role or provide services due to a lack of financial resources.

“I commenced a review of the Civil Defence in September 2018 on the organisation in the next 10 to 15 years.”

The Minister said that, separately, the Department of Public Expenditure and Reform was carrying out a spending review of Civil Defence.

“Any adjustment to the supports to Local Authorities for Civil Defence purposes will be informed by the outcome of these reviews,” he said.

October fest is great food for thought up at the Big...